WE BELIEVE IN QUALITY OVER SPEED

Exceptional quality railings for the most affordable prices. 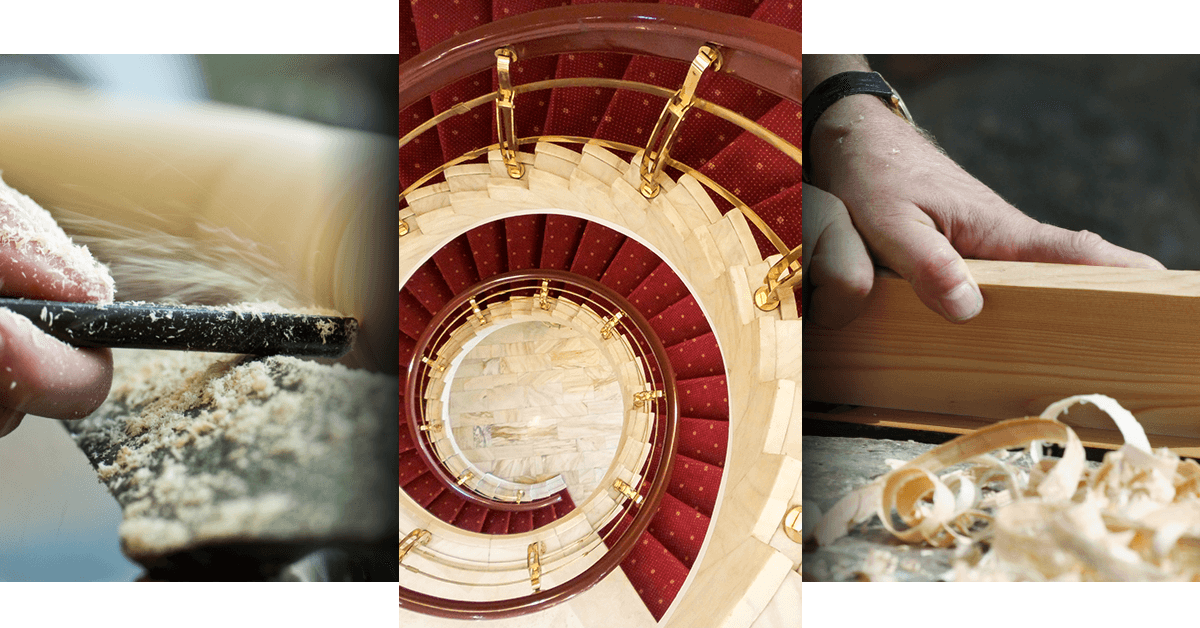 Lathes and Their Role in Railing Systems

Here at Dave’s Railings, we provide top-notch glass and metal railing solutions. However, nothing beats the timeless warmth of our wooden rail and banister systems, which are sturdy, natural, and comfortable for any residential or commercial space. It doesn’t matter if you’re looking for maple, poplar, oak, or other wood types and finishes—we have the wooden railing that will suit your style, your needs, and your budget.

How are these beautiful rails and banisters crafted? The answer lies in a tool that originates from ancient Egypt: The lathe.

What is a lathe?

Simply put, a lathe is a machine tool that spins a mounted object on a single axis. While the object is spinning, it can be subject to shaping and sculpting using chisels, knives, and other tools, which creates stunning, seamless curves that you see on wooden bowls, lamps, and of course, some of our wooden handrail products. The axis of a lathe is commonly horizontal, but lathes are sometimes mounted vertically (like on a pottery wheel) or with adjustable mounting angles, for better access to areas of the workpiece. In this case, the lathe changes positions so the lathe operator doesn’t have to. Lathes take on many forms, from a hand or foot-powered lathe, to large-scale, automated manufacturing lathes. 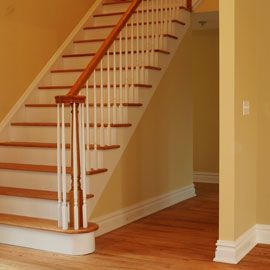 The History of Lathes

Lathes are often called “the original powertool” of the world, with origins stemming back thousands of years to Ancient Egyptian times. These lathes were operated by two people, with one person turning the axis of the lathe, and the other using a sharp tool to carve into the workpiece on the lathe. The two-person lathe eventually became popular in Ancient Greece as well. These lathes were revolutionary for the time, but inherently flawed. After all, it would be pretty exhausting for a person to turn the axis of the lathe, even for a short period of time.

Around 1500 A.D., foot pedals powered by a treadle and flywheel allowed for a single person to operate the lathe by pressing down on the foot pedals while using two hands to chisel and sculpt. This allowed operators to work more efficiently, and have total control over the spinning speed of the lathe. The foot-pedal lathes took on many forms and sizes, and were a catalyst for increased manufacturing during the Industrial Revolution.

Today, lathes are almost exclusively motorized, with a number of speed and control settings, and are used for a variety of objects like pottery, blown glass, and hand-crafted jewelry. These lathes can be automated for mass manufacturing, and sometimes incorporate large blades and lasers more powerful and precise results. 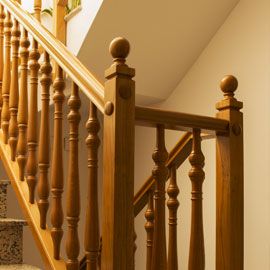 How are lathes used for handrails and banisters?

Wooden handrails today are either handcrafted or sculpted by high-tech, industrial lathes. These lathes use incredibly sharp and precise tools and laser to cut into the wood, as well as advanced computer software that helps guide the tools and manipulate the look of the handrail or post. This technology opens up nearly unlimited design options for the shape of handrails and banisters, creating symmetrical and consistent results for your handrail needs, and ultimately removed human error from the lathing process. If you can imagine the look of your handrails, there’s a great chance a high-tech lathe is capable of bringing your imagination to life.

At Dave’s Railings, we understand how classically beautiful wooden handrails and banisters can be. With our expert staff and a variety of wooden handrail and banister options, we can find a custom railing solution that is for your home or business here in Edmonton, Stony Plain, Spruce Grove, or Athabasca. Contact our team, and find the perfect railing system for you!